The teacher, the construction company and the power of a simple idea.

Every job on the production floor has a story. In most cases, the deliverable indicates the job’s why. But every once in a while, I find a job with unrecognizable purpose. This is the story of one of those jobs.

I was visiting our Experiential Graphics Department where I came across a beautiful piece of artwork. It was a painting being reproduced on a roll of fence wrap material. I stared as the artwork grew from inside the printer to display a painting. Then another. And another.  We regularly produce high quality artwork in our plant, but I hadn’t previously seen such an eye-catching design being produced on fence wrap.

For those of you not familiar with the substrate, fence wrap is a fabric used for construction graphics. It’s a mesh polyester material that we temporarily attach to fencing, securing the building site. It’s most often covered with the logos of the architectural and construction firms. In some cases, art will illustrate fictitious restaurant or health club scenes—partially developed images showing happy subjects using the yet-to-be-built real estate. At first glance, this project was different. Clearly, it had a story. 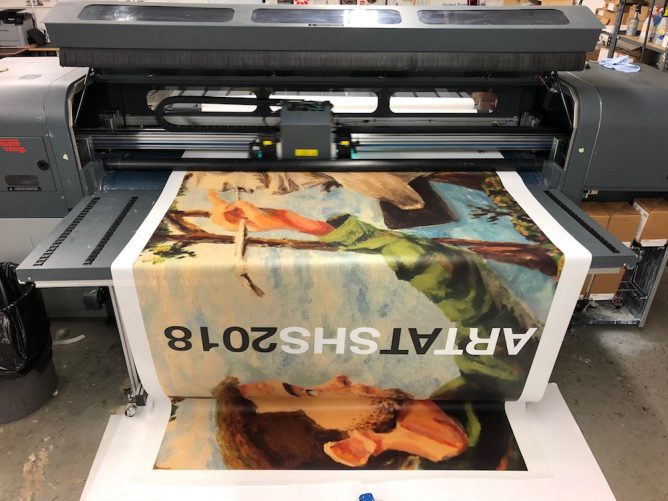 The job was being produced for a construction site in Boston. My good friend (and brother-in-law) Kevin Burke had designed the job. Kevin owns a Marblehead, Massachusetts-based company, burke+design. According to Kevin, the job came to him through an existing client, SUFFOLK Construction. SUFFOLK had won a contract to reconstruct Somerville High School in Somerville, Massachusetts. The construction would be ongoing over multiple school years and would be disruptive to students and the surrounding neighborhood. They wanted to create something that would “beautify” the construction mess.

Kevin met with the school’s art department and discussed a design for using student artwork to decorate the fencing. Jessica Howard provided Kevin’s team with files and paintings of the students’ art. burke+ assembled them into a continuous image interspersed with text that advertises the school’s art program. A welcome shout out to the students and an assurance to the community that good things were happening beyond the fence. According to Jessica, it’s been a tremendous success:

“The kids were delighted to see the artwork be transformed into something grand and larger than life. I learned that both the students and parents were surprised to see and recognize their artwork or their child’s artwork along the outside of the school. One student said his friends didn’t believe that the art was actually his and he had to bring them to a computer in the school to prove he had the original files. Thank you so much for giving the students great exposure and creating a captivating work of public art.” 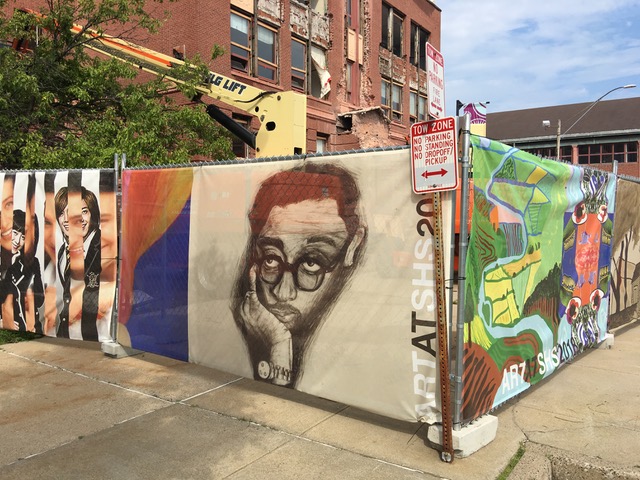 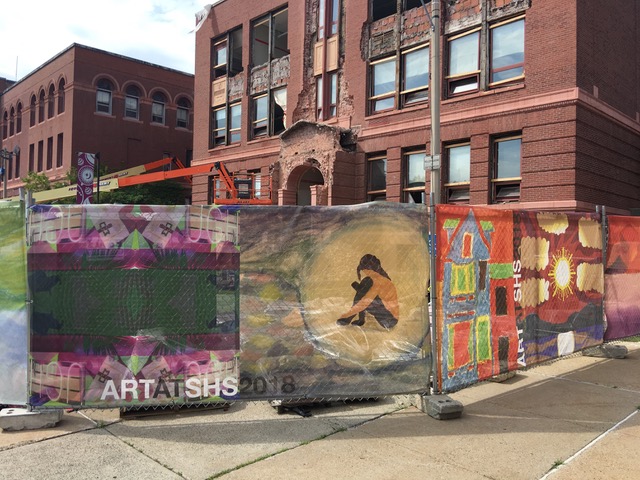 I commend SUFFOLK Construction for their empathetic approach to this project. It would have been easy—and expected—to use fence wrap to advertise their brand. Instead, they chose to use the fence to describe why the construction was worth the noise, dust and inconvenience. The long-term value isn’t the construction at all; it’s the work being done by the students inside. 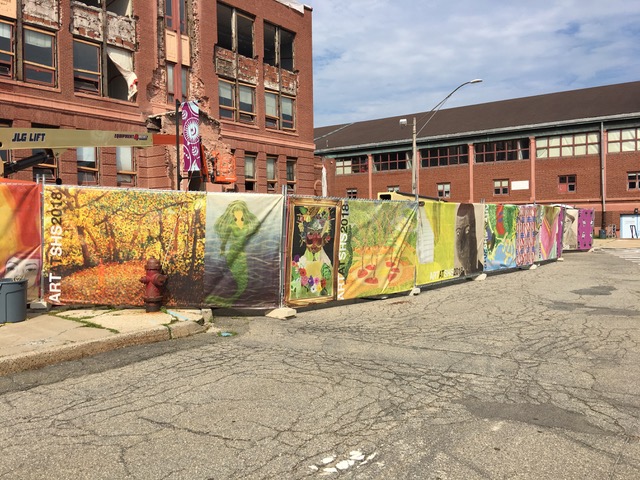