Chances are, you’re reading this post on a telephoenician.

“Sing, O muse, of the rage of Achilles, son of Peleus, that brought countless ills upon the Achaeans.” This line, which opens Homer’s Iliad, has inspired readers for more than two and a half thousand years. But Homer didn’t write that line. He sang it to an audience that probably numbered no more than a few dozen. 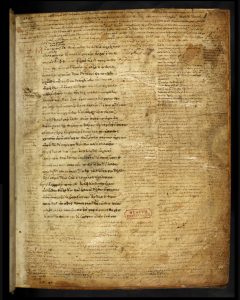 Venetus A, manuscript of the Homeric Iliad; tenth century AD manuscript catalogued in the Biblioteca Marciana

Homer was telling a tale that his listeners had no doubt heard before. It belonged to an oral tradition that for hundreds of years passed down the memory of a long-ago battle to an illiterate society. We read Homer’s version today because he was the first who thought to put the story to vellum. With this act, Homer was now able to tell his version of this story to far more than a few dozen listeners huddled around a fire–he was able to tell his story to the entire Western World. Had Homer lived a century earlier, he could not have recorded the Iliad, as there was no language to write it in.

If there is any event that marks our transition from complex apes to humans it is the development of language. But for tens of thousands of years, we were content with telling our stories rather than writing them. When writing first arose, as a series of scrawls on clay balls in the fertile crescent, it was not because man was trying to tell a story in a new way, but because he needed to keep track of debt. Thus, the first written languages were developed for the purpose of accounting shorthand, not as a complete representation of what we said. When the pharaohs of the Old Kingdom of Egypt wanted to immortalize their conquests for the ages, they used pictures not words. They themselves were unlikely to be able to read the script their scribes used to keep track of tax revenue. Gradually, as hundreds and then thousands of distinct symbols were added to convey increasingly complex ideas, their use expanded from a mere accounting system into a fully formed written language. But these pictographic or symbolic systems had a significant flaw; they were excessively cumbersome and complex. 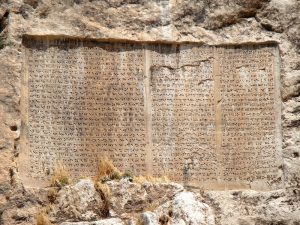 The average speaker uses approximately 5,000 distinct words—not including modifications of the same word, such as respected or respectful—and can recognize over 40,000. To encode each of these words into a pictographic system is impractical if not impossible. The Egyptian and Sumerian scribes tried to expand their limited written vocabulary by allowing for double meanings and creating special characters for common sounds. But this created awkward writing systems that were difficult to learn without years of specialized education. The Phoenicians cast all of this aside when they developed a construct with the potential to write an infinite amount of words with just 22 characters.

In the late bronze age, the Phoenicians emerged as the premier maritime trading power in the Mediterranean. Conducting business with trading partners from Spain to Egypt, Phoenician merchant captains became expert linguists. While in Egypt, they were exposed to the attempts by scribes to supplement pictographs with characters representing sounds. The Phoenicians realized that with these symbols, pictographs became unnecessary. All the words being spoken were made up of just a few dozen sounds. Rather than try to learn how to write hundreds of symbols in dozens of languages, they could transcribe these sounds into a “phonetic” set of characters. Today, we call these characters after two of its letters “alpha” “beta”—or simply alphabet. For the first time, what was said could be written. 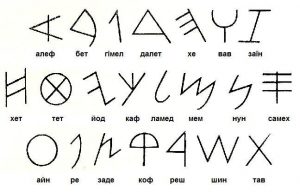 Designed as a tool to teach Phoenician traders to speak, the Phonetic alphabet inadvertently became a new system of writing. This 22 letter code made learning to read and write significantly easier, resulting in an explosion of literacy throughout the ancient world. No longer was writing the domain of merchants, scribes, and priests. Any educated man who wished to tell a story or record his thoughts could learn the new phonetic system.

We have the Phoenicians to thank for the Iliad—the first written narrative of Western civilization. Their phonetic alphabet did more than simply teach the Greeks to write, it preserved the beauty of meter and sound previously found only in oral poetry. This new technology inspired the transition from an oral to a written society yielding tremendous advantages. Written stories could be preserved in a single form. They could be edited, perfected, and studied in lengths that transcend the bounds of our frail memories. They allowed for fact and history. Without the development of a phonetic alphabet, the Iliad—like countless oral stories before it—would have been lost.